My name is Siona and I’m from Madrid, although the famous ‘mojo picón’ sauce from the Canary Islands “runs through my yarns”. It may sound a little crazy, but knitting is one of the most important things in my life. Above all, I like knitting socks best. They seem like the perfect project to take with you wherever you go. For this reason, I am happy to be sharing the pattern for my Santa Pazienzia socks, made in Kashwool, with you. Follow the lace stitch pattern and discover how to knit toe-up socks using the Magic Loop method. I started these socks before the ‘new normality’ and feel like they represent, in a way, the power of friendship during these times. When something isn’t going well and a virtual hug suddenly appears. I hope these socks bring you the sense of patience that we sometimes need so much! 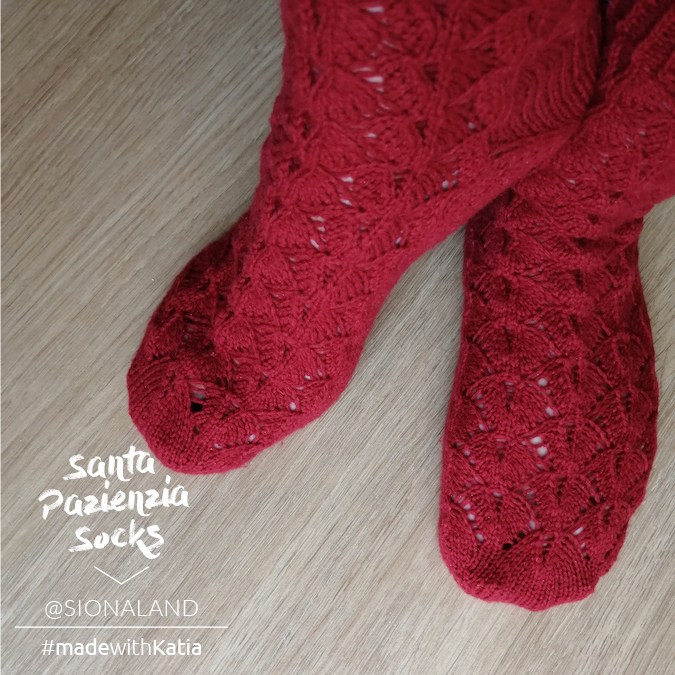 The Santa Pazienzia socks are knitted using the toe-up technique, which means they are made from the toe up to the leg part. This is very useful when you use left overs from your yarn stash. For example, you can start your socks and knit the leg section as long as the ball of yarn will go for. Furthermore, with toe-up socks you avoid being left without enough yarn to knit the toe part. If you usually knit socks using the classic method, from the leg cuff to the toe, don’t be afraid! The Santa Pazienzia socks are the perfect project to get you started on the toe-up technique using a Magic Loop. Discover the Magic Loop technique using circular needles and have fun knitting in the round. Moreover, you can knit the socks one by one or both together at the same time. 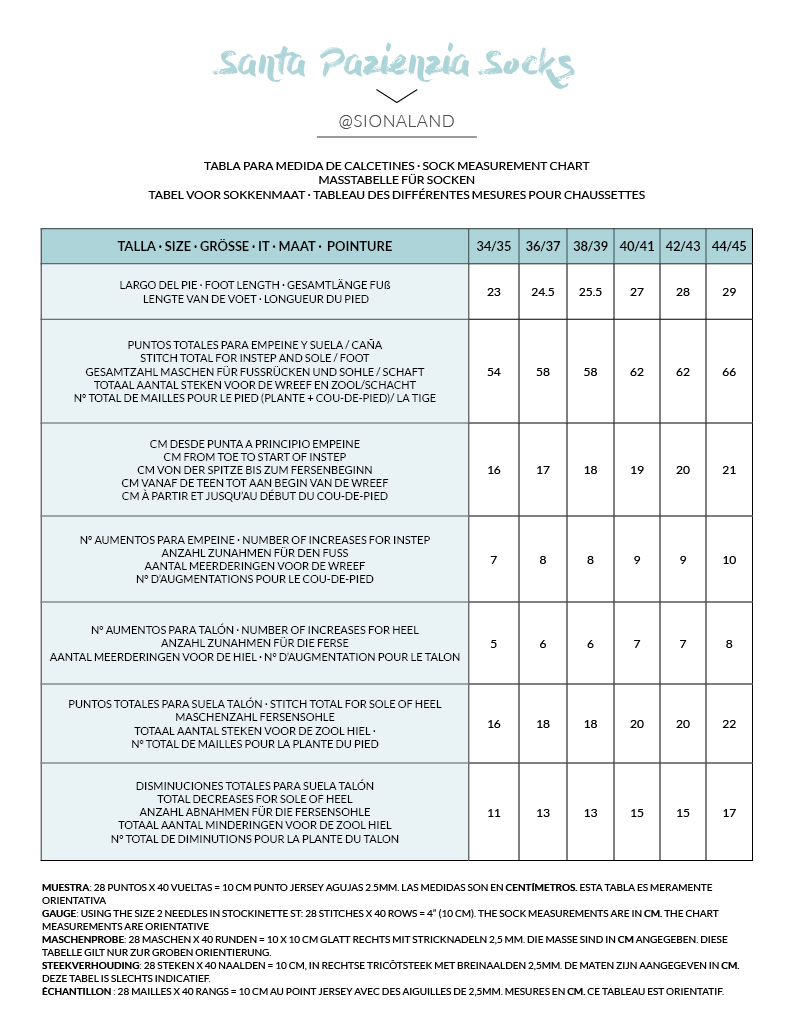 Materials. 1 ball col. 302 Kashwool de Concept by Katia, left over yarn in the same weight in a contrasting colour, circular knitting needles: size 2 (U.S.)/2.5mm with a 32” (80 cm)cable, 2 stitch markers: each one in a different colour, crochet hook and wool sewing needle

The socks are made up of the following sections: 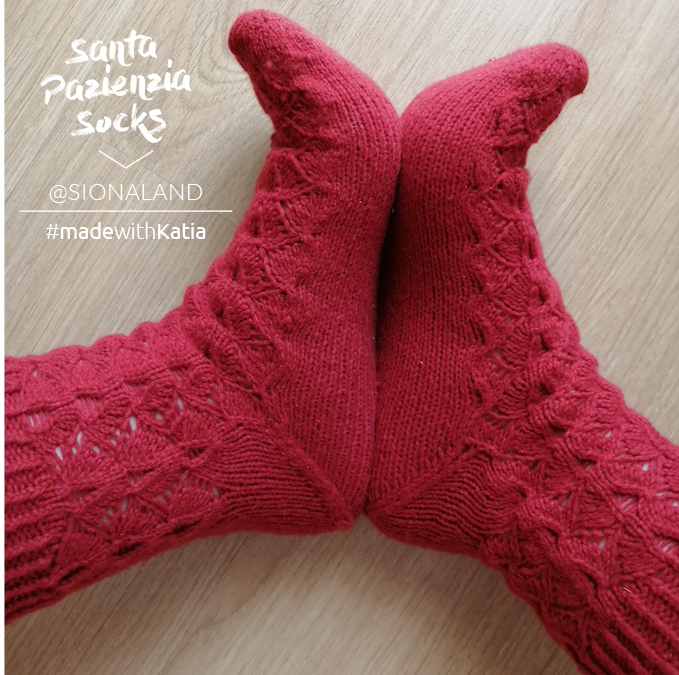 Cast on 10 sts on each needle (20 sts in total) using the Turkish cast on method (see video).

Knitting in the round magic loop

Work the sole in stockinette st and the instep in the eyelet design (see graph). 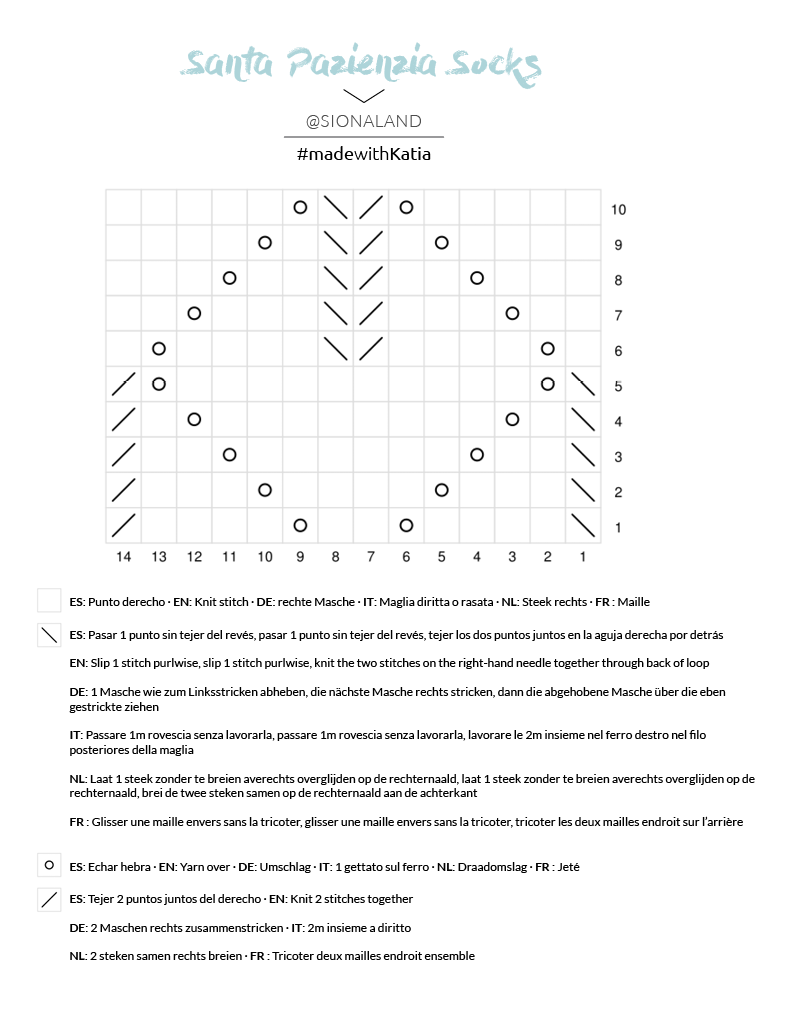 Using the contrast colour yarn, K28 sts on the sole. Cut the yarn and secure in place with a knot on the wrong side of the work.

Return the 28 sts from the sole onto the LH needle and work above the contrast line as follows:

Rep R1-10 3 more times or until the required length is reached. 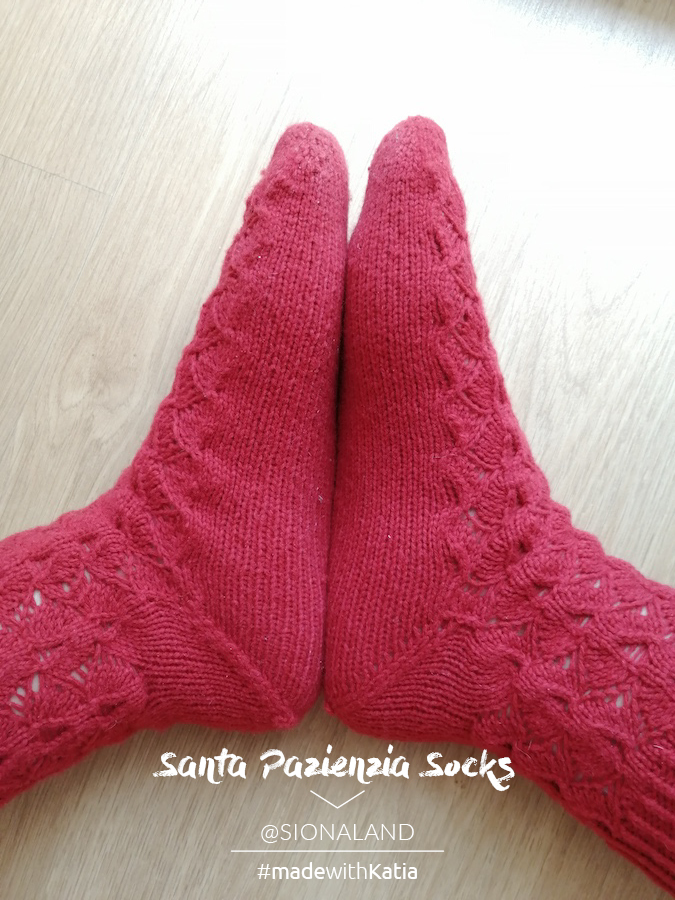 Bind (cast off) the sts in ribbing (see video).

Use the needle to pick up the stitches on top and below the contrast line then remove the line.

Place a stitch marker at the start of the row and use a crochet hook to pick up 1 st at each side to avoid holes forming = 4 more sts (32 sts). 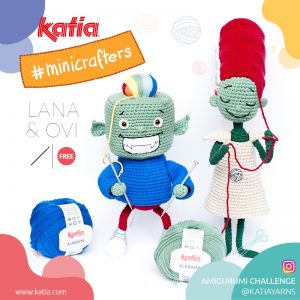 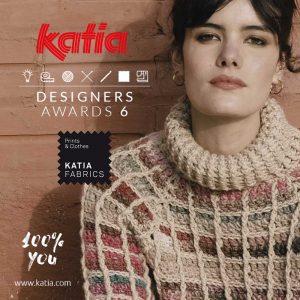 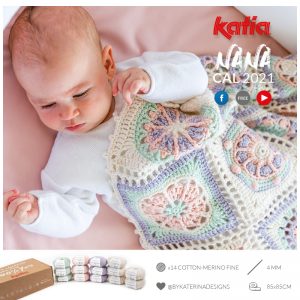 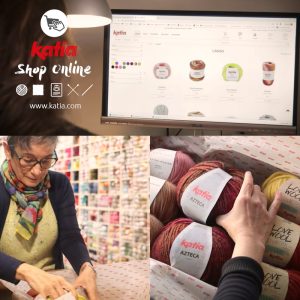 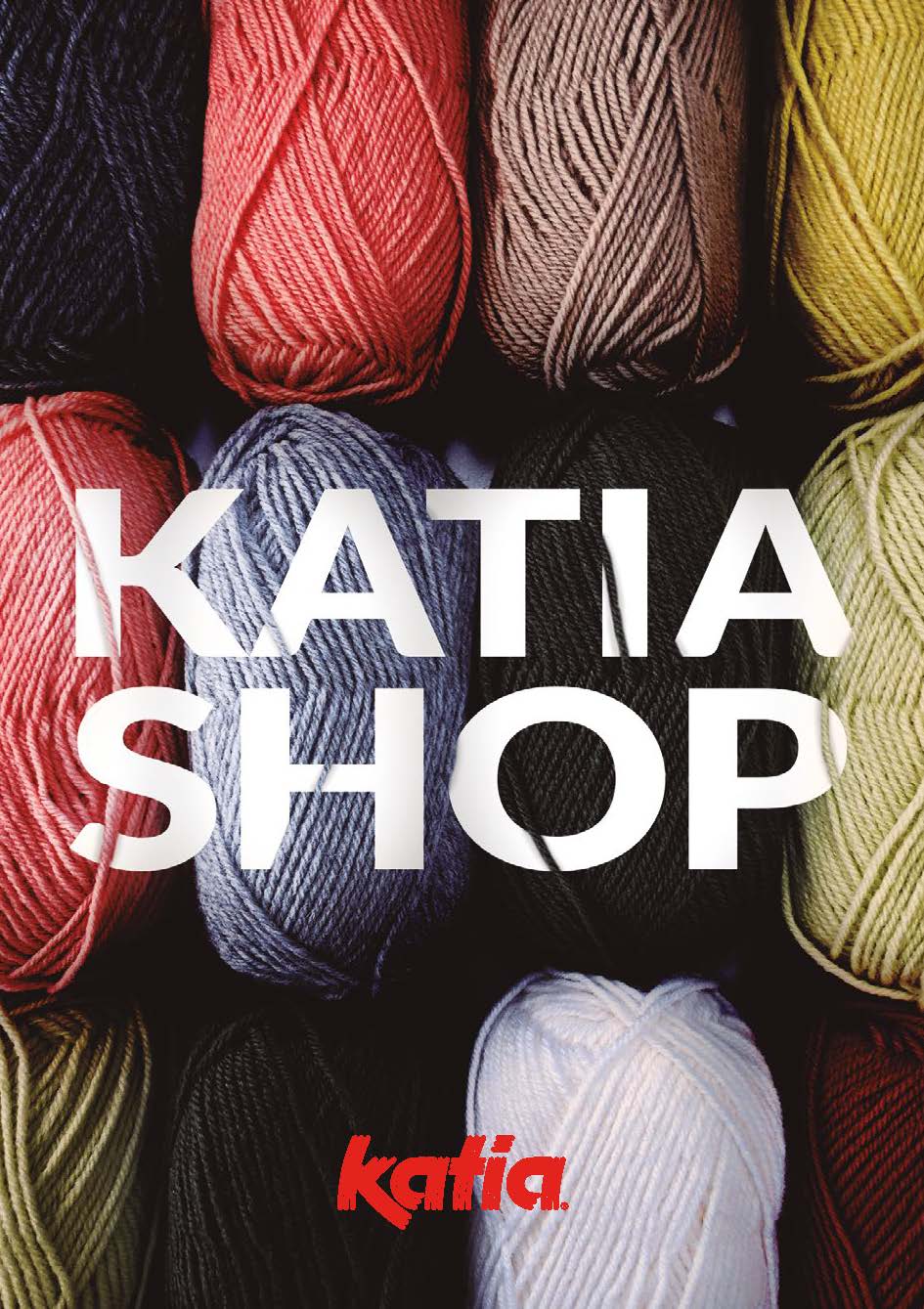